The Lyndhurst Castle sits in Tarrytown, New York overlooking the Hudson River. This beautiful Gothic revival country house was built in 1838 by Architect Alexander Jackson Davis. The mansion sits on a 67 acre park like estate. The house has most of it’s original furniture and was owned by three different owners. The house was commissioned by William Paulding Jr, A New York City Major. The mansion is completely made of Limestone, which was quarried in Ossing, NY. 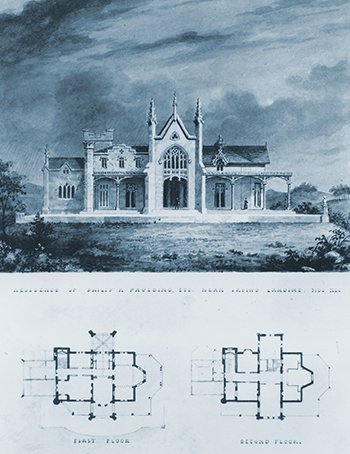 The Hudson Valley was an epic center of Millionaires constructing summer homes and villa.   At this time, the mansion was called Knolls and the romantic Gothic design immediately drew attention to the building. The house featured fanciful turrets and asymmetrical outline were unlike most homes constructed in the post-colonial era.

The second owner, a merchant named George Merritt doubled the house in size in 1865. He renamed the estate Lyndenhurst because of the estate’s Linden trees. The estate was designed as park by Ferdinand Mangold, whom Merritt hired.  It was designed in the English naturalistic style. He drained the surrounding swamps, created lawns, planted specimen trees, and built the conservatory.

It was the first estate to become such park along the Hudson Valley. It provides an outstanding example of 19th-century landscape design, with rolling lawns accented with shrubs and specimen trees, a curving entrance drive that reveals “surprise” views, and a remarkably large steel-framed conservatory, the first in the United States

The third owner, Railroad tycoon Jay Gould purchased the property in 1880. He shortened the name from “Lyndenhurst” to “Lyndhurst” In 1884, Jay Gould owned  Western Union Telegraph, the New York Elevated Railway and the Union Pacific Railroad.  Mr. Gould used Lyndhurst a a vacation home to escape his stressful business life. When he was diagnosed with tuberculosis, Lyndhurst served as a country retreat until his death in 1892.

After his death, the oldest sister, Helen took over the estate and even sleeping in her father’s room to impose her position over the rest of the family. After her death, sister Anna Gould took over the estate. After her death, the estate was donated and added to the National Landmark in 1961. The estate has a lot of surviving furniture and works of priceless art. Most of the mansion is hand painted. When you tour the grounds, the guides will strongly advise you not to touch the walls.

The mansion has been featured in many movies and series such as The Halloween That Almost Wasn’t (1969), House of Dark Shadows (1970) and Night of Dark Shadows (1971), Reversal of Fortune (1990) and Gloria (1999), The Men Who Built America (2012), Winter’s Tale (2013), Season 1, Episode 3 of Travel Channel’s Castle Secrets & Legends, Forever (2014) and Lyndhurst’s landscape, bowling alley, and mansion interior were used as a filming location for NBC’s The Blacklist, starring James Spader. In 2017, the Lifetime series Project Runway filmed an episode at Lyndhurst, challenging the designers to draw inspiration from the exteriors and gardens. 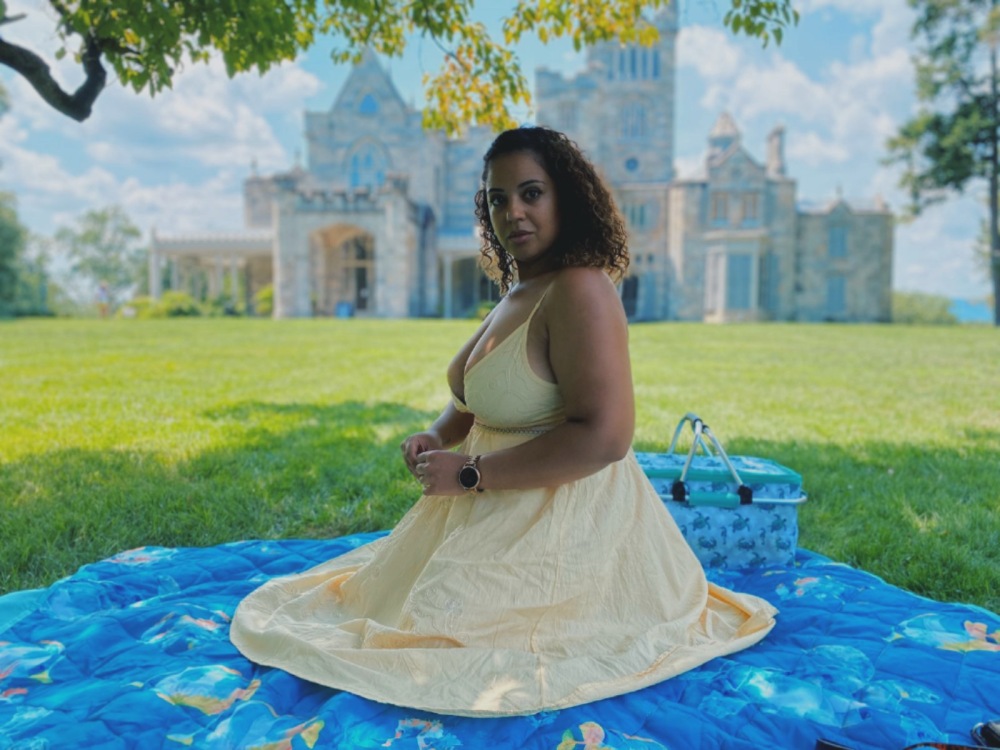