NOT OPEN to the public 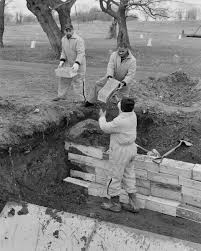 In 1865, it served as a prison for Confederate soldiers. 3,413 soldiers were held captive and 235 died but buried in Brooklyn. The city purchased the island in 1868 from Edward Hunter. During the 1870s, a yellow fever epidemic swept the city. At this time, the island was used to quarantine victims of the fever on the island. After that, the pavilion , a women psychiatric hospital used the island in 1885. In the early 1900s, it served a purpose of a boys workhouse. The workhouse held around 2,000 prisoners from Blackwell Island Penitentiary (Roosevelt Island) The Prison was transferred to Rikers Island. 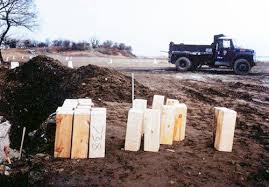 The dark history continues with the Island being used in the Cold War during 1950s and 1960.The island Held missiles and rumored to have also exercised a few missile training. In the late 1960s, the Pavilion was used as a Phoenix House for substance abuse and closed in 1976. The whole time the city was using it as a cemetery. The first person to be buried here was Louisa Van Slyke in 1869 who was 24 at the time of her death. 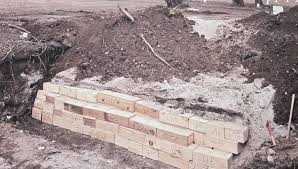 By 1913, Adult and Children under 5 were buried in separate mass graves. Adults are placed in a pine boxed to their exact size. Prisoners from Rikers Island would come to the Island and help dig the mass graves. Most historical buildings are gone to make room for the mass graves.Inmates stack the pine coffins in two rows, three high and 25 across, and each plot is marked with a single concrete marker. Many of the dead buried here are mostly unclaimed bodies or bodies whose family could not afford a proper funeral. 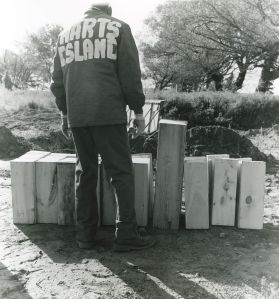 A few infamous people are also buried here such as Bobby Driscoll, Dawn Powell and Leo Birinski. The island is now run by the New york City Department of Corrections. The island is not opened to the public only to the families of the ones buried there. The families still have to submit a form to request permission to enter the island. As of right now, The Hart Island Project has been keeping track of the people buried on Hart island. www.Hartisland.net 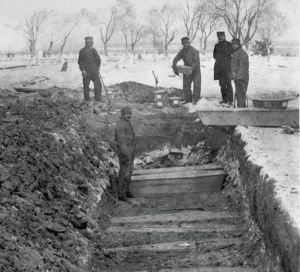 As of right now the only know expert of Hart island is Melinda Hunt who wrote a book on the island. Melissa’s visit to the island was around the early 1990s but the pictures are still beautifully eerie. The project has help track down loved ones and help them visit the island. They set up a traveling cloud museum. Its very apparent that none of us can visit the island. We recommend visiting the website as its just as eerie and amazing. You can see the island from City Island.

Would you visit a million graves?