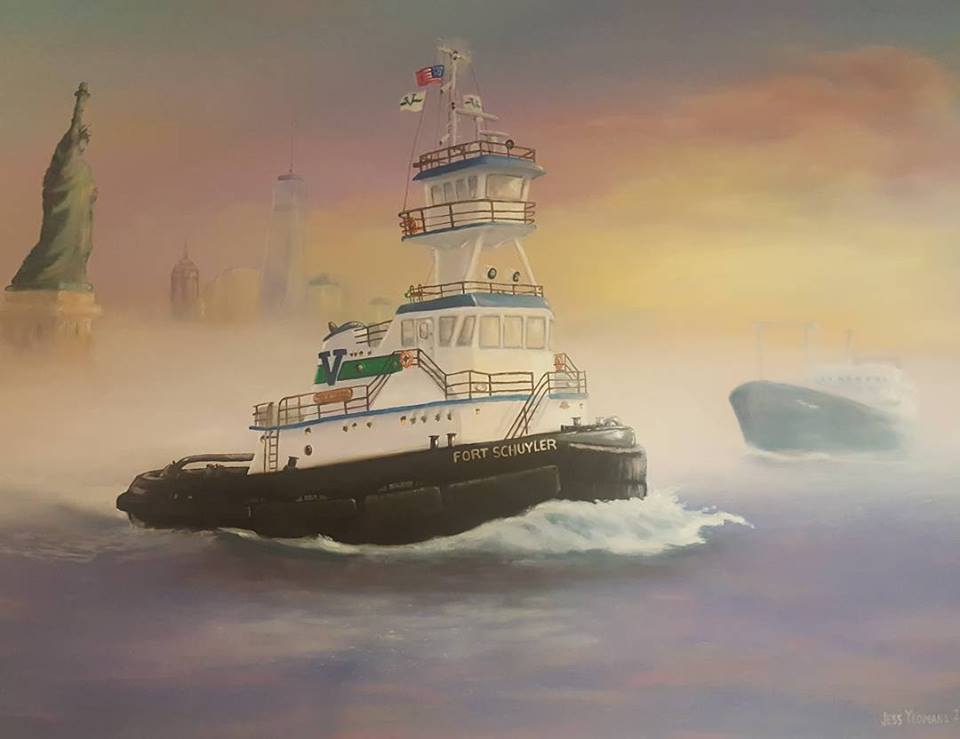 The Fort is a 19th Century fortification, one of the many forts built after the aftermath of the War of 1812. The fort was designed by Capt I.L Smith and construction began in 1833. By 1845, the fort was almost ready for the installation of its armament. The armament of 312 seacoast and garrison guns, six field pieces and 134 heavy guns. The installation of all weapons and equipment was completed in 1856, and the fortification was named Fort Schuyler, in honor of General Philip Schuyler, who commanded the Northern Army in 1777. He was also a senator in New York. 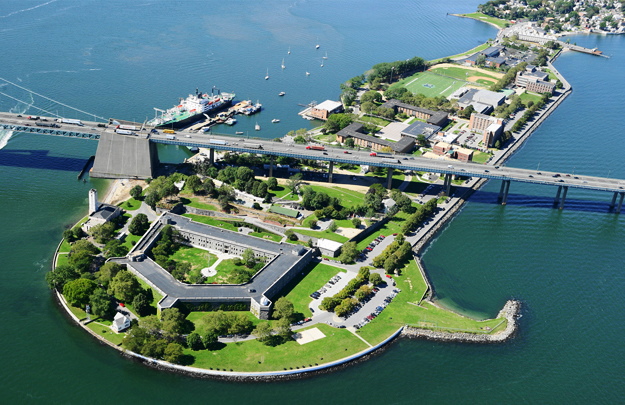 The fort was built of granite brought from Connecticut, in an irregular pentagon, and is said to have been the finest example in the United States of the French type of fortification for the purpose of both sea and land defense. It was built to accommodate a garrison of 1,250 men. At its peak, the fort boasted ore than 440 guns and during the American Civil War, held as many as 500 prisoners of war.  d. Fort Totten, built during the Civil War and largely incomplete, faces it on the opposite side of the river. Their interlocking batteries created a bottle-neck of defenses against ships attempting to approach New York City. There are rumors of a tunnel that connected Fort Schuyler and Fort Totten, but no evidence has been found yet. 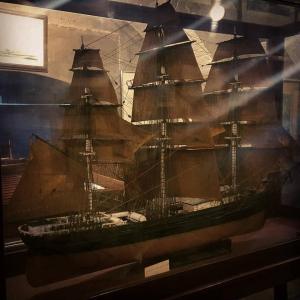 In 1986, a portion of Fort Schuyler was dedicated as the Maritime Industry Museum. The museum was started by Cap t. Jeffrey W. Monroe, a former Associate Professor of Marine Transportation. The museum houses exhibits on the history of the United States maritime industry, including commercial shipping, the merchant marine, and the port of New York, as well as exhibits on the history of Fort Schuyler. Exhibits in the area include paintings, models of early sailing vessels, clipper ships, turn of the century vessels up to and including the present day, as well as tools and navigational instruments of bygone days to modern times.

Exhibits provide information on the “Clippership Period, such as the Lightning (1850-60s), for example, the fastest sailing ship. Displayed, also are famous naval battles fought in the United States during the 1700s and 1800s and the developing technology in ship building tools and navigational equipment used throughout different maritime eras” according to the museum. The museum has a collection of maritime industry books, periodicals, documents, papers, prints, photographs, and old steamship company records. According to the Museum “one of the most breathtakingly artistic exhibits is the beautifully constructed replica model of the Brooklyn Naval Yard During World War II, circa 1942-44. The exhibits theme, “A Day in the Life at the Brooklyn Naval Yard,” portrays the scene exactly as it was 50 years ago. Built by Chief Yeoman Leo J. Spiegel, USN (ret.), the intricately designed and thoroughly detailed display took over eight years to complete.” Everything in the museum is a gift or donation.

It is open to the public and opened from Monday through Saturday 9:00 AM to 4:00 PM. Admission and parking are free. We highly recommend this museum and we consider it to be one of the most fascinating hidden gems.  The views of the long island sound and Fort Totten are also breathtaking.